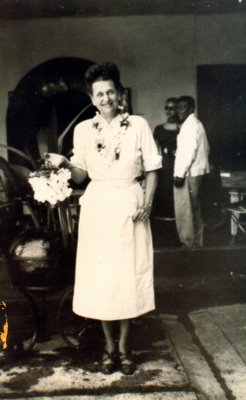 Allow me to introduce you to my Grandma Elsie known to me as the “cultivar.” Although I was quite little when she went to heaven, I do have the fondest memories of her and her wonderfulness.  To list her many skills and elegant characteristics would be like describing an orchid.  The above black and white photo was taken of her while she was in Mexico, so the story goes, the “Mexican Riviera.”  I simply adore this photo of her as she seems so enamored by such a splendid species or could it be the magical rug on which she stands. Can you see the chic couple in the background?  I wonder if my Grandma Elsie exchanged small pleasantries, perhaps about the weather or the flora. 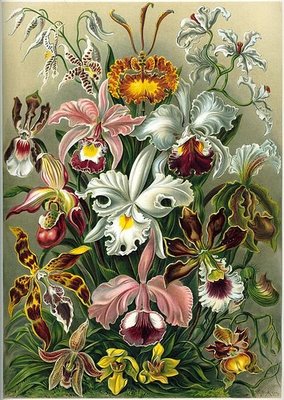 A bouquet of skills such as sewing, baking, crafting and creating all were handed down to me, just as an orchid pollinates.   I remember going to her home on the hill where she raised my Mother and breathing in such an intoxicating powdery smell of loveliness.  The color that reigns supreme in my memory is “turqoise” as her home was awash with this color.  I often wonder if she was inspired from that trip to the Mexican Riviera.  I long to know where she stayed, which room, what did she pack and how long must it have taken her to travel there without a variety of modern day conveniences or inconveniences,  no cell phone, no bothersome security checks. 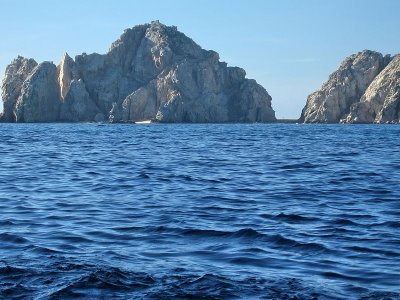 Turqoise delight – The Mexican Riviera – Cabo San Lucas
My Grandmother lived in a lovely home on a hill and in the dining room, there was a special drawer in the “side-board.”  I would rush to that spot, pull open that drawer and breathe in the heady smell of chocolate and wax.  I would always find, Hershey’s chocolate and a shoe lid filled with crayons and some sort of paper, usually that thick yellowy type of paper that I would later meet in school.  I was only about three and I do remember these visits.  The hum of ladies chatter, the smell of coffee and the laughter. 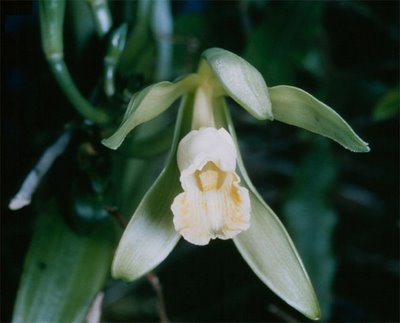 Vanilla plantifora, the Orchid
I still ask my mother to tell me stories about her, the “cultivar.”  How did she raise my mother by herself.  How did she make ends meet raising four children?
My father loves to tell stories of his “courtship” with my Mother and the fabulous suppers that Grandma Elsie would prepare.  My Father grew up on a farm in country and my Mother was raised at that time what was known as the “city.”  I think my Dad must of known that he had unearthed a rare and beautiful creature when he met my Grandmother, Lady Cultivar I, and her wonderful daughter, my Mother, Lady Cultivar II.  He always tells me stories of what a lady Grandma Elsie was.

The orchid produces the wonderful vanilla bean.  I think my father knew this, that the pod he fell in love with was cultivated in more ways than one and that my mother would one day be his very own i-pod.  I just could not resist that pun.
(Stay tuned for a series of posts on the Lady Cultivars.)
Posted in Grandma Elsie, Lady Cultivar I, Orchid