Hostess with the mostest! 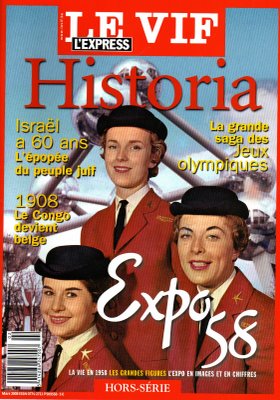 LE VIF cover girl, my mother-in-law “top” hostess at the Expo 58 in Brussels

While we were in Europe, visiting Brussels, one of the highlights of our trip was a visit to the “Atomium.”  Once upon a time in 1958, at the Brussels Fair, Expo 58 there was a certain fair hostess greeting tourists and working as one of the fairest of them all.  My mother-in-law happened to be a fair hostess, one of the top 3 out of 500 hostesses.  She recently attended the 50th Anniversary Party for Hostesses. 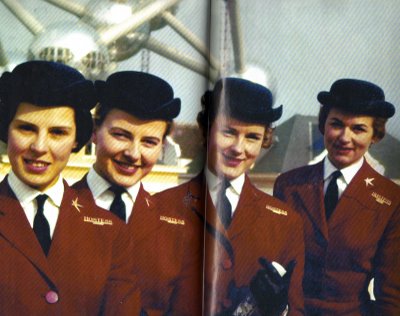 PARIS Match “Centerfold” – my mother-in-law happens to be on the fold.
She told me one of the most important responsibilities as a Fair Hostess was that of “hygiene”
and that a part of her job was to inform other Hostesses that they were to return home and come back for lack of proper hygiene.  Can you imagine?  Today, we (Americans) take for granted the daily showers and shampoos and all the products a plenty to keep us fresh as daisies. 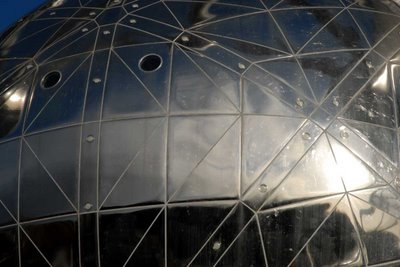 The “Atomium” is an amazing architectural wonder.  Recently restored for the 5oth Anniversary, polished to an incredible silvery sheen.  The structure is a series of round balls connected, like that of an atom. 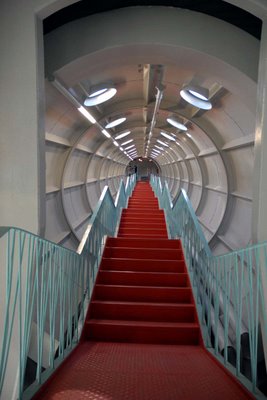 The connecting structures are a series of stairs or elevators taking one to the pods for various exhibits.  If you are ever in Brussels, take a trip to the Atomium.  You will be amazed at how many tourists are there.  I was thrilled that we were able to go and that our children saw photos of their Grandmother their on display.  We were so proud of her.
She still reigns fairest of them all to each of us.
Happy 50th Anniversary to you and to the Atomium!
Posted in atomium, inspiring things